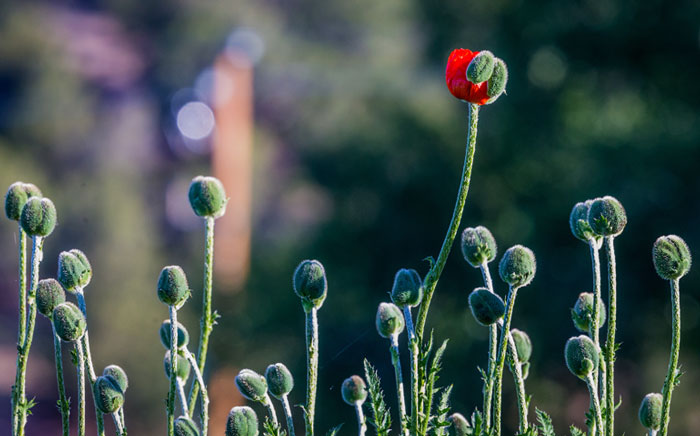 Advertising is a fast-paced business, both in terms of the work and the staff turnover. We put as much information as we can on our Knowledge Base or in blogs to help new starters get on top of all the different aspects of ad clearance, and even have a dedicated team that work with agencies new to TV. This year we’re going to be doing a fair bit of work making our processes and our guidance on the Advertising Standards Authority’s rules even more accessible to new starters. To get going, here are ten of our New Business team’s top tips.

Leave as much time as possible for clearance

The clearance process isn’t a box-ticking exercise; we have to look at claims in scripts, implied meanings, the ramifications of the visuals and much more, not to mention the often complex substantiation supplied by agencies. We say to allow up to 4 working days for feedback on a script, and this applies each time new information is provided on a submission. On average clearance might take 2-3 weeks, though this may be longer if there are complicated scientific claims which need to be assessed by a consultant.

Use our Retail Substantiation Template

The best way to smooth the clearance process is to anticipate what substantiation we’ll ask for and provide it up front with the script. To help you do this, we’ve created a few standard forms which should be filled out by someone suitably authorised at the advertiser. The most ubiquitous of the forms is the Retail Substantiation Template – if filled out correctly then a standard retail offer advert will be fully substantiated and ready to go from the off. You can find all the forms here.

What is a confirmation?

Sometimes you’ll receive feedback asking for a claim to be confirmed, rather than substantiated. This will usually be fairly simple information – the dates of an event perhaps. A comment back from someone at the agency however is unlikely to be enough. The ideal is a written confirmation on headed paper from someone suitably authorised at the advertiser. This should spell out exactly what is being confirmed. So for a confirmation that an event is taking place from the 10th to the 17th of May, we would expect something like ‘I can confirm that the event starts on the 10th May and runs until the 17th.’

The meaning of ‘New’

Something that we often need a simple confirmation for is the use of ‘new’, or anything that implies a product is new. How is newness defined? Something that has launched within the last 12 months. If the ad is going to air after this time as well as before then you’ll need a version without the ‘new’ claim to swap in.

There are a few different scheduling restrictions which can be applied to adverts, all for a variety of reasons. The most common one though is generally referred to as Ex Kids. If this is applied to your ad it means that it cannot be broadcast during children’s TV programming or during programmes of particular appeal to under-16s. The appeal of a programme is something the broadcasters themselves keep track of, and is based on the percentage audience share of under-16s in BARB data.

There are some products which automatically receive an Ex Kids restriction including, but not limited to medicines, films & videogames with a rating of 15 or above, and matches. Other reasons for Ex Kids (or more stringent restrictions) being applied may be to do with language used, potential harmful emulation of activity in an ad, or scary themes. You can read about scheduling restrictions in our Notes of Guidance.

What does HFSS mean?

Acronyms sometimes get bandied around with wild abandon at Clearcast Towers. HFSS stands for High in Fat, Salt, or Sugar. Ads for food products which are HFSS cannot be shown in or around children’s programmes, or programmes of particular appeal to under-16s. This can make a big difference to a media plan, so it’s wise to know whether or not the product is HFSS even before approaching Clearcast.

Any time there’s an ad for a food product – other than fresh fruit & veg or water – we’ll work to the assumption that it should have the HFSS scheduling restriction unless a Nutrient Profile Certificate (NPC – another acronym) is filled out by someone suitably qualified. This is something which was developed by the Food Standards Agency to help advertisers classify their products correctly. The template certificate and guidance for how to complete it can be found here.

There are a couple of rules which only apply to kids’ products and can sometimes come as a surprise. Firstly, a scale reference should be included. Often toy ads show people playing with the toys, in which case it’s nice and clear what size the products are. Sometimes though toys are featured independently and it’s not always clear whether they’re 10cm or 10m tall. As the target viewers are children, extra care must be taken to ensure the product isn’t exaggerated. Including superimposed text stating the product’s height isn’t enough. Including something easily and universally recognisable next to the toy however will do the job. If a hand isn’t possible, perhaps a games console controller.

The other thing to watch out for is price minimisation – ‘only £9.99’, for example. Making a price seem less expensive is unacceptable in ads for children’s products, as a child’s inexperience or credulity should not be exploited.

The difference between stating ‘the best’ and ‘nothing’s better’ may not seem like a huge amount, but it can make or break an approval. A superiority claim is one where the product or service being advertised is singled out above other competitors – ‘the best’, ‘the cheapest’, ‘the fastest’. Top parity puts the advertised product or service on a par at the top of the pack – ‘nothing’s better’, ‘you won’t find it cheaper’, ‘nothing is proven to act faster’. Superiority claims are likely to be harder to substantiate so take care when deploying them.

The implied definitions of ‘can’ and ‘could’ is an argument which has raged back and forth for years, but the simplest explanation is this: the ASA tend to define ‘can’ as meaning ‘in every case’. So even if in common parlance the meaning of ‘can’ is a little more malleable, we’re bound by the ASA’s interpretation. One of the most common bits of feedback we give on submissions is to change instances of ‘can’ to ‘could’.

Let’s end with a biggie. The way the clearance system, CopyCentral, works is really important to get to grips with. A submission is either with Clearcast, or it’s with the agency. When a submission is created, it is sent to Clearcast. When the clearance exec here feeds back on it, they’ll send it back to you. We won’t then be alerted to any changes until it is returned to us. There are two ways to return the submission to us – uploading a new script will automatically send it back to Clearcast. Adding a comment and clicking ‘Return to Clearcast’ will also do the job.

Here’s a handy workflow for a couple of different scenarios:

If you have substantiation to upload but no revised script, upload the substantiation file first. Then post your explanatory comment, and once that has been posted click the ‘Return to Clearcast’ button. This will return the submission to your contact.

And that’s the lot! You can find the rules which govern TV advertising, along with our annotation, useful examples and links in our Notes of Guidance. And if you want a more in depth overview of the clearance process take a look here.