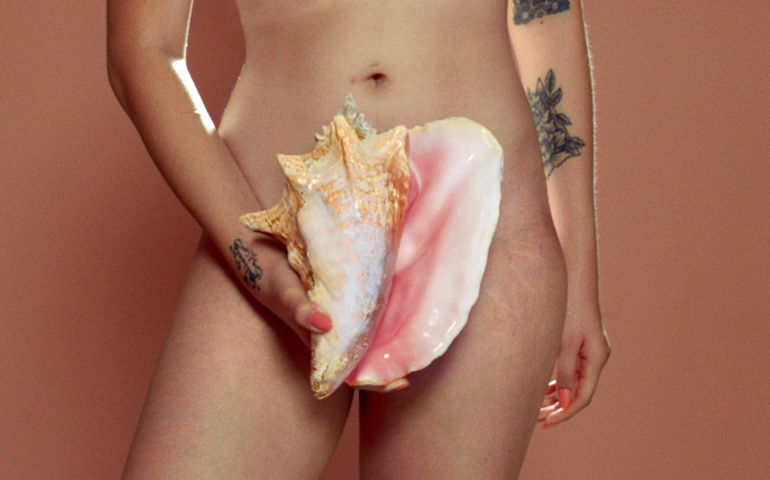 A case study about how using Copy Development can help advertisers break taboos and push the boundaries of what is considered too offensive for broadcast.

AMVBBDO contacted our Copy Development Manager, Seb Lynch, to talk about their new ground-breaking campaign for Bodyform. Their intention was to make a TV ad which showed different representations of vulvas singing along to an upbeat song, to positively reinforce the idea that there is no such thing as a perfect vulva. This unprecedented creative was to be used to promote their new Pure Sensitive range of sanitary products. There was clearly good reason for a campaign for this type of product to focus on that part of the female anatomy, the question was whether in doing so the campaign would be unacceptably offensive.

Seb gave his thoughts on what images would be acceptable with a timing restriction and what images were not likely to be acceptable, gave advice on how to organise the deck and then presented it to colleagues in the daily Policy and Copy Meeting. It was agreed that most of the images were likely to be acceptable for broadcast after 9pm, but they also said that the materials would need to be shared with the Copy Committee for its final approval. This group is made up of representatives of the broadcasters on Clearcast’s board, plus the IPA and ISBA, and Clearcast involve the Copy Committee in the decision-making process when copy is particularly contentious.

AMV’s written argument in defence of their creative concept was based on their intention to make women feel proud of their bodies. Seb helped them to refine their argument to ensure the key concerns were addressed and then presented their case. The Copy Committee concluded the ad could be approved for post 9pm transmission. A few weeks later AMV asked Seb to consider a new scene in which an animated period blood stain would sing along to the soundtrack. Bodyform had already broken the taboo of showing blood in their 2017 Blood Normal campaign, but this creative idea took it a step further, so Seb went back to Copy Committee with a new written defence which drew heavily from the positive reactions to the Blood Normal ads. The agency made clear the ad was intended for targeted use on broadcaster VoD and the Committee was comfortable to approve the new scene on this basis.

AMV sent Seb their final edits which contained a number of vulvic representations that had not been considered by Copy Committee. Given these new scenes were a bit more realistic than the ones seen previously it was again decided the broadcasters should be given the final decision on their acceptability. This time the materials were emailed to the Committee, again with a defence, which emphasised the positive reason to the Viva La Vulva campaign that had already gone live in Scandinavia. The Committee gave Clearcast the green-light to approve the edits and a few days later they were live on VoD.

Why did Clearcast approve material that some people may consider unsuitable for advertising? The explanation is in the wording of the rules. The BCAP code talks about “serious and widespread offence”. You can argue that some people might consider the images distasteful or even offensive, but it’s unlikely that offence would be considered serious or whether it would be felt by a wide number of people. It also helps that it has an appropriate scheduling restriction so that it targets people less likely to be offended. The CAP code, which is the regulation that BVoD falls under, expands on how the offence rule should be applied. It says, “Marketing communications may be distasteful without necessarily breaching this rule”, so while Clearcast acknowledge the ads may be distasteful to some and may be complained about, we’re confident the ASA won’t uphold the complaints. This is always the basis upon which we clear copy. By using Copy Development Bodyform were able to get as close as possible to the border between what’s acceptable and what’s not, and in doing so made a truly memorable Gold and Titanium Cannes Lion winning campaign.

As expected, once the campaign went live, a number of complaints were made that one of the ads was offensive, but the ASA chose not to launch a formal investigation into these complaints. It acknowledged that while the images might be challenging and distasteful to some people, the ad was unlikely to cause serious or widespread offence. The ASA considered this because it was shown during programming designed for adults, it was light-hearted, it wasn’t gratuitous and it was appropriate in the context of an ad for sanitary products.

“Having a challenging subject matter in relation to Copy Clearance, we engaged Seb as early as possible to ensure he was taken on the journey with us. Seb was extremely helpful the whole way through, and also extremely understanding of the need to progress this subject. Without him, we definitely couldn’t have got such a momentous move forwards (period blood on TV!)”

To find out more about our Copy Development service click here