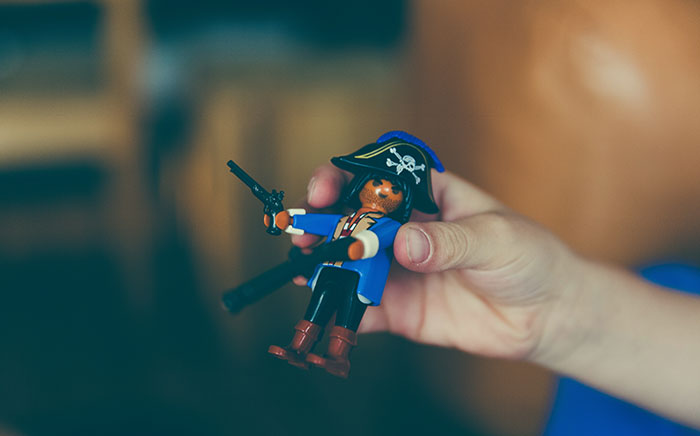 There are particular quirks to be aware of when advertising children’s products, but the one which seems to cause most confusion is the need for a scale reference.

Put simply, a scale reference is something which helps put a product’s size into context. Say you’ve got a toy robot to sell, and it’s only shown marching down a real-world street, its head as high as the buildings. Strong creative, but with no other imagery to help it’ll be hard to tell how big the toy robot is in real life, and could lead to kids feeling misled. Which could lead to tantrums and parents calling the ASA to complain.

Adding a shot that includes a scale reference solves the issue. The main difficulty comes from what we might accept as a scale reference. This is tricky, because we don’t want to be prescriptive about it – we don’t have a master list of what’s acceptable and what’s not. The best option is often to include a shot of someone playing with the toy – a nice shot of the product in someone’s hand will do the job. If that’s not possible, or doesn’t fit with the general idea, then including an easily-recognisable everyday object that is a relatively standard size is the next best thing. A DVD case used to be a good go-to, but we’ve seen a lot of different things over the years from tennis balls to holly sprigs.

The important thing to remember is that a scale reference needs to be included where there’s room for confusion about the toy’s size – it’s not de rigeur. It may be that a range shot of toys gives a general sense of scale without the need for anything additional. There are also angles and lenses that can give a distorted sense of scale even when showing people playing with toys. That’s why we consider these issues on a case by case basis rather than providing a hard and fast rule.

If you’re working on an ad where the creative is quite fantastical and so including a traditional scale reference doesn’t seem appropriate, give our team a shout. They will be able to give a steer on whether it will be necessary, and what kind of things you could try using within the bounds of your creative. If you wait until the ad is filmed to have this discussion you may find you need to shoehorn in an extra shot, diluting the original idea. That’s not what we want, and I imagine it’s not what your client is after either!