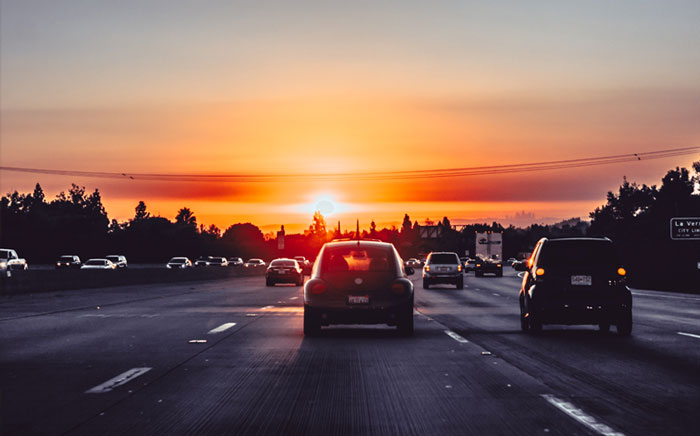 We wrote a piece on the topic of car-tech in ads only a year ago but even in that short time a lot’s changed. New technologies have developed and car manufacturers are increasingly highlighting this in their advertising. Recent ASA rulings have shown how tricky it can be to get these ads exactly right in line with the BCAP code, so we thought we’d look at the very latest precedents and address this topic again.

There are two main areas of contention: interactive dashboards that require you to take your hands off the steering wheel and auto emergency brakes that alert drivers to an imminent hazard and helps them use the maximum braking capacity of the car.

To give the regulatory background, the BCAP code requires advertisers to comply with the Highway Code which states that, to ensure safe driving, drivers should avoid distractions when driving. Furthermore, when using in-car technologies drivers must exercise proper control of their vehicle at all times and using hands-free equipment is likely to distract attention from the road. Also, the BCAP code states motoring ads mustn’t exaggerate the benefit of safety features or suggest that a vehicle’s features enable it to be driven or ridden faster or in complete safety.

So how to get yourself a smooth clearance when you submit your car-tech ads to us and get your ad on air (and staying there!)? A useful benchmark is to examine the ads the ASA have ruled on.

In relation to interactive dashboards, the ASA has upheld recently on an ad for the Peugeot 208. It depicted a man reading a text on a dash board screen, the ASA concluded ‘to show a driver reading a text message and then reacting to it, amounted to a distraction.’ This ruling clarifies what may not be allowed regarding dashboard use in future ads.

Although not a TV ad (and therefore not subject to pre-clearance by us), it is worth noting a upheld complaint against Jaguar because in an advertorial in the Guardian, it promoted it’s wi-fi and smartphone connectivity under the banner “Drive time is no longer downtime”. The ASA concluded the ad implied that work related activities could be carried out in your car which encouraged unsafe driving practices.

Examples of ads that were investigated but considered not to breach the Code, include one for Citroen C3 which showed a driver using a built-in camera. The ASA ruled that the driver didn’t appear distracted and was fully in control of the vehicle at all times.

An ad for BMW portrayed a driver swiping his hand across a built-in screen alongside the car’s dashboard. Despite receiving complaints, the ASA didn’t uphold. They ‘considered the driver interacted with the screen only briefly and, when he did, there appeared to be no other vehicles in close proximity and visibility was good.’

Based on these rulings, our advice to those wanting to advertise interactive dashboards, would be to demonstrate them ideally when the car is stationary or failing that, at slow speed with little to no traffic around. Closed-in shots help and drivers should not be shown looking away from the road when they interact with the technology.

The most recent upheld on automatic braking was in an ad for Nissan Micra.  The context was a pilot navigating their way to a plane. The ASA considered that the ad implied the characters were in a rush and that when the emergency brake was deployed, it gave the impression that the driver was able to navigate at speed in a rushed or distracted manner because they could rely on the ‘braking system intervening to help prevent a collision’.

Another recent upheld was for VW Polo. It depicted an accident-prone son been given driving lessons by his father and the in-car technologies helping to counteract the son’s poor driving. The ASA concluded that the ‘dependency on the Advanced Safety Systems exaggerated the vehicle’s safety features and the overall tone of the ad encouraged irresponsible driving’.

Ads that highlight this technology which haven’t been investigated include Citroen C3 which alluded to an ‘absent minded Sam’, who you are led to believe was the driver until a pedestrian steps out in front the car, at which point the v/o points out “…oh and by the way that’s Sam” as the pedestrian waves an apology at the driver.

In keeping within the precedent set by these decisions, we recommend that emergency braking systems are shown in situations that are not the driver’s fault and additionally don’t imply that they are there to aid poor or distracted drivers.

As the technologies continue to evolve, it’s likely that there will be grey areas not directly covered by the Highway Code that will continue to challenge the industry on the best way to highlight how they work, without suggesting they alleviate the responsibilities of the driver.

Your Clearcast Copy Exec will always be happy to talk through any questions on this topic and don’t forget we also have our Copy Development Manager Seb Lynch, if you require extra help in this fast-developing sector.