How to layout a clock slate 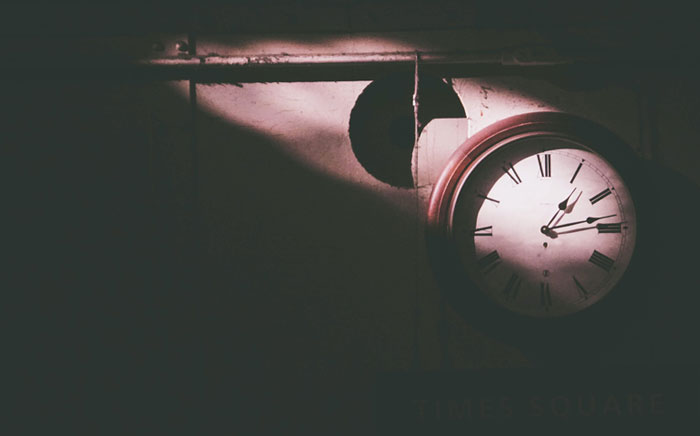 So your script and rough-cut edit have been approved and your clearance is going swimmingly. You create your final ad edit with a clock slate at the start containing all the relevant information for the broadcasters including product, advertiser, duration, clock number etc and submit it on CopyCentral.

Your ad is rejected. Why?!

Our ingest team see lots of ads rejected at this point because the clock slate is laid out wrong and therefore cannot be accepted – it must be in the right format to gain final approval. Of course, this can cause stress and delays with looming air dates approaching. So, below is a short guide to getting it right the first time.

What is a clock slate or end frame?

A clock slate is a form of identification, so we know what we have approved, which then, in turn, allows us to notify the stations. It should show on screen as it counts down from ten seconds to three seconds, followed by three seconds of black screen before your ad plays.

A clock slate requires the following information but some include extra details like the date or version which is fine – just as long as the following are included:

Client name: (The name of the advertiser)

Agency: (The creator of the ad)

Product name: (The name of the product in the ad)

Title: (The title of the ad)

Duration: (The duration of the ad)

Ratio: (To indicate if the content is SD or HD)

The clock number is the most vital piece of information on a slate and is the biggest reason your final ad might fail at the ingest stage.

What is a clock number?

A clock number is a unique alphanumeric identification number. It identifies an advertisement and its creators or source (usually an advertising agency). The number is used from when we clear an ad, right through to when the ad is transmitted — and subsequent reporting.

The first three letters of a clock number must be your Agency Code. This will be created and sent to you by us in a welcome email after registering with us.

The middle section of a clock number is made up of four letters followed by three numbers. This section is created by you. The four letters must be something relevant to either the agency, client or product. For the three numbers use ‘001’ for your first ad submitted to us, ‘002’ for your next one etc. If preferred you can use internal numbering, please make sure its three digits.

The most common mistake:

The most common reason that clock numbers fail is that they are laid out wrong. The use of hyphens, underscores or dashes to separate the different elements, instead of slashes (sometimes called a slant), is the most common reason. This is often because most systems will prevent you from being able to save your video file under a name containing slashes (/). It’s an easy mistake to make that will set your clearance back a few hours– so remember – slashes not dashes!

If you are tight on time we do offer an Edit to Clear service. Our ingest team run the service and can help with any ad-related tasks such as amending clock slates, contact details in ads, clocking or re-clocking ads, flashing, legal supers and more.

For service rates or any other questions, you can speak to our Operations Manager, Mark Hynes, on 020 7339 4700 or email him.