Get your fashion ads right in 2020 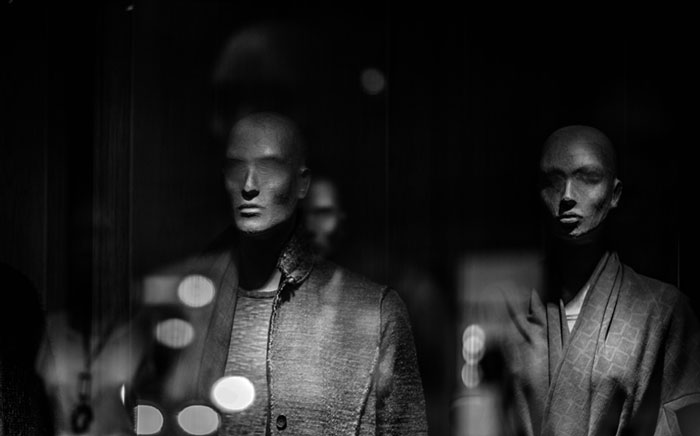 This blog has been updated from February 2019.

London Fashion Week is wrapping up this week and once again we’ve enjoyed watching the forward fashion and front rows filled with editors, buyers, trend forecasters and celebrities eager to see the hottest designers showcase their work.

In 2018 London Fashion Week took the decision to become the first of the main fashion weeks to go fur-free. With Amsterdam following suit in 2019, it’s evident that the current climate which surrounds animal cruelty is having an astounding impact on the world of fashion.

As well as the catwalk, the fur-free movement is also influencing advertising. In January 2019 the ASA announced an Enforcement Notice on Misleading ‘Faux Fur’ claims in clothes and accessories which is applicable to all relevant advertisers in the UK across all media, including online and social media.

This enforcement followed two non-broadcast ASA rulings, against BooHoo.com UK Ltd and Zacharia Jewellers. Both advertisers claimed they had been told that the fur used wasn’t real but tests showed that the fur was in fact real. The ASA recognised that both advertisers had removed the products from sale following receipt of the complaints but concluded that both ads were misleading and breached the CAP code.

Here at Clearcast, we see lots of fashion and clothing TV ads and in recent years a small proportion of these attracted complaints to the ASA around the themes of the weight of models, sexualisation of young models and objectification.

We’re going to look back at some recent ASA rulings and hope our guidance will help you with any future fashion, makeup or clothing ads you may submit for approval.

Advertisers need to tread carefully when it comes to a model’s BMI/weight in an ad. Even though a model may technically be a ‘healthy’ weight and BMI, the image portrayed in the ad could be considered less so, and therefore deemed socially irresponsible. When looking at a Nasty Gal upheld ruling from June 2018, you’ll notice the ASA pointed out that whilst the female model in question looked to be in proportion, there were specific scenes which drew attention to her slenderness, the stretching of her arms emphasised their slimness and length and a focused shot of her chest highlighted her rib cage. They deemed the ad in breach of BCAP code rule 1.2 (social responsibility).

In February 2019 the ASA announced a ruling for a Bare Minerals VoD ad and chose not to uphold complaints. A viewer challenged the ad as they believed that two of the models featured appeared to be unhealthily thin. Bare Minerals said that the primary focus of the ad was of the models’ faces rather than their bodies and their policy is to feature healthy looking women, not those who are unhealthily thin. The ASA recognised certain scenes where some of the models’ collarbones and angular shoulders were shown but thought  these scenes were brief and the models’ poses did not accentuate these features and therefore concluded that the ad was not in breach.

The ASA  takes a hard line  when it comes to how younger girls are presented in ads. With many brands whose target market are between the ages of 16-25, advertisers use young models who they believe are representative not only of the brand but also of those who purchase the products or follow them on social media. We consider this age group  to be vulnerable and ads should be sensitive to the emotional and physical well-being of young people who may be under pressure to conform to certain body types or physical attributes.

From a Clearcast perspective, when it comes to advertising fashion brands the advertiser should consider the following:

Model’s age: we will always require confirmation that a model is over the age of 18. When assessing ads, the ASA will consider whether models seem to be younger than 18, as well as their real age. So, although you may be using a model who could be in their 20s, a youthful appearance could lead viewers to believe they are 16 or younger.

The clothing, make up and body language of models must be considered. In 2017, Pretty Little Thing had complaints made about two ads, which were upheld because the ASA believed the young-looking girls in the ad had been sexualised. Despite the models being 23 and 24, it was upheld because of the following:

The ASA decided overall that the models were presented as juvenile and mischievous as well as overtly sexual and that the ad breached the BCAP code.  It’s very important to think carefully about the presentation of models when advertising brands that appeal to a young demographic.

An example of TV ad that attracted complaints on the grounds of objectifying women is an ad for Skechers, featuring TV presenter Kelly Brook.  She says, “I like my clothes form fitting, but not my shoes. That is why I wear Skechers knitted footwear. So I look and feel my best. People tend to notice things like that.” As she walks down the road a selection of men can’t stop themselves from looking at her. The ASA concluded that as Kelly Brook isn’t wearing revealing clothing and her behaviour isn’t sexualised, the ad didn’t breach the BCAP code.

Fashion and retail ads are quite rightly under a sharp spotlight to protect vulnerable groups. The progressive gender stereotyping rule changes came into play last summer, preventing harmful gender stereotyping in ads and reinforcing messages mentioned in this blog, helping to shine a light on these types of ads and the potential harm they can cause in the short and long term.