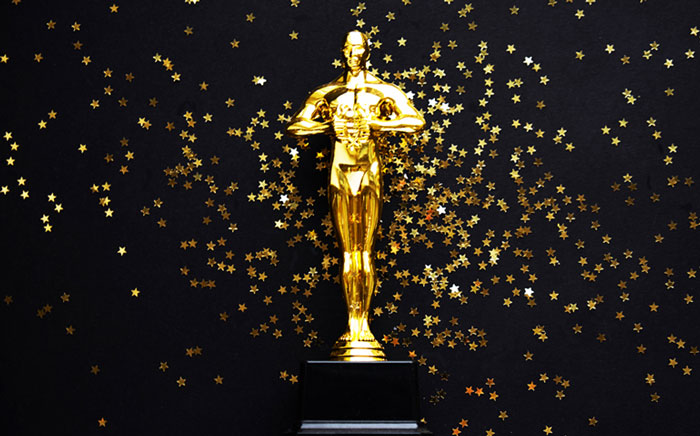 It won’t come as a surprise that we’ve been thinking about the wonderful world of films and how agencies might need to tailor their very violent, chaotically controversial or super saucy film trailers to ensure they’re appropriate for TV. After all, awards season may be over for now, but the films will keep coming.

Viewers sometimes complain to The ASA that movie trailer ads containing adult themes, acts of violence or sexual activity haven’t been appropriately scheduled. So, it’s crucial we get the timing and scheduling restrictions of your film trailer ads spot on to help ensure that once they’re on air, they stay there.

Below is a run through of what sort of content attracts the main restrictions in film trailer ads and some associated ASA rulings to add some context.

If the film you’re advertising is a certificate 12 and contains no content requiring additional restrictions, we will add a presentation code (32) advising broadcasters to look at the ad to decide if they think it needs to be kept away from their programmes aimed at under 10s. Ads for all films with certificates of 15 and above will be assigned an ex-kids restriction; this is a scheduling rule in the Code and makes sure the ads aren’t shown within children’s programming aimed at under 16s. Creative content, may warrant additional restrictions as outlined below.

Violence, blood, gore, suspense…if any of these feature in your trailers, we will decide what scenes will mean the ad is given a higher timing restriction or even be deemed entirely unacceptable for broadcast.

This ASA ruling for The Snowman said there was no respite from distressing imagery, escalating fear and tone and pushed a post-19:30 timing restriction for the ad to a post-21:00.

If the ad is a certificate 15 or 18 but features children, the ASA draw a hard line on the fact that this will likely attract young viewers. Such as this ruling for The Conjuring.

“…the inclusion of a child on a garden swing at the beginning of the ad was highly likely to gain a child’s initial attention. We also considered that the on-screen press review text, while warning adult viewers as to the nature of the film and likely content of the ad, was unlikely to stop a child from continuing to watch the rest of the ad.”

It is likely that an ad for a horror film for example, is going to distress young audiences, so if you are trying to get your ad on day time tv, toning everything down will be necessary.

All trailers are viewed on a case-by-case basis and individual scenes are subject to different restrictions depending on what is surrounding them.

“Content that might cause physical, mental or moral harm to children and/or actions that if emulated could cause danger or harm to children. Risk that emulation may result, but not considered to be a risk of serious harm and/or mild scary scenes that may frighten and so cause mental harm to very young viewers.”

If your ad has interpersonal violence or scenes that a child might find distressing, chances are it will get a KB, which means it can’t be shown around programmes aimed at kids. Any actors with blood on them can cause distress so head-wounds or bloodied clothes should also be removed if you want to avoid that KB restriction.

We all know how easily influenced little people can be, especially when they see their favourite superheroes or teenage crushes saving the day on the big screen. So small actions like shoving someone, climbing trees or playing a prank on an adult might also need to be removed to avoid a KB restriction.

If you still want to include some of the above you can do so but there is a fine line between what is considered Ex-kids (KB) and post-19:30 – TS (see below).

“Interpersonal contact may be strong but brief. Moderate or strong, but brief, aggressive behaviour. Visuals of injuries, which aren’t too graphic but may be bloody.”

Trailers that feature relentless violence tend to receive the TS restriction. We also apply this when we see gunshots impact and gruesome flesh-wounds.

“Strong and repeated violence. For example, scenes of threat and/or horror. Aggressive behaviour or visuals of injuries, brief scenes of torture.”

The most popular restriction amongst the horror genre. Scenes featured include meaty headbutts, gunshots to the head, drug use, body drags, blood curdling screams and those jumpy scenes that come out of nowhere.

Post 23:00 – TL “Strongest violent content allowable. Extremely violent, multiple scenes of contact. Graphic scenes of injury e.g. of torture and suffering. Realistic or urban crime, particularly that which might be considered to glamourise such behaviour”

It’s rare, but sometimes we receive ads for movie trailers which need an even later timing restriction than post 21:00 or stricter scheduling restriction than TN, for example when content is very graphic and along the line of action in a slasher-type movie. In this instance the ad will receive a restriction meaning it can’t be shown until after 22:00 or 23:00, depending on the severity of the content.

Just the mention of sex in conversations gets an ex-kids restriction so this is worth considering if your trailer is a bit on the saucy side. Full frontal nudity is unacceptable but you’re allowed to have a cheeky buttock or side boob which will attract a timing restriction depending on how much is shown and the context. If they are not too graphic, most sex scenes receive restrictions above ex-kids.

There are always new words and derogatory expressions that come from popular culture that we try and stay on top of. To give you an indication of how thorough we are, the use of the word “bitch” currently has four different interpretations, all with different restrictions… So, if in doubt, ask your Clearcast exec who can consult our appropriately titled ‘S*^% list’ to tell you what timing restriction various words will attract. Deleted expletives like “mother f***er” aren’t going to be acceptable.

We hope this blog has given you a useful introduction to the steps you’ll need to take to get your film trailer ads on air at the times you need, but if you have any more questions your Clearcast Copy Exec will always be happy to advise you further.