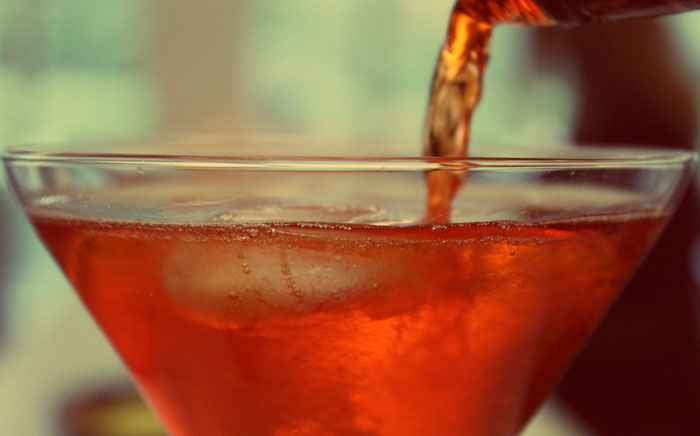 The alcohol sector has undergone something of a renaissance of late, with more wackily-named beers than you can shake a pint glass at and new distilleries churning out ever more-hipper-than-thou gins. We like a tipple here at Clearcast, but it’s also one of the most tightly regulated categories and seldom out of the spotlight. Pour yourself a glass and sip along as we run down the top rules for booze ads.

In all things, moderation

All ads must steer clear of encouraging irresponsible or immoderate drinking. This sounds simple – don’t feature hoodlums knocking back the bevvies – but it’s actually a far-reaching rule. It extends to implying immoderate drinking too, so any reference to hangovers is verboten, as is general drunken-looking behaviour, even without so much as a glimpse of a bottle.

Not only that, but it includes the amount of drink – single measures only please. You’ll notice glasses in spirits ads often have a generous serving of ice and mixer along with the single measure. Buying repeat rounds is also out, though one person buying one round is ok. The theory is his/her chums will repay the favour on the next trip to the pub.

The drink does not maketh the man

In places, the BCAP code reads like a self-help manual. You don’t need alcohol to be popular and confident; that party will be a success regardless of booze; you don’t need it to help your chances of heading home with that fitty over the other side of the bar. Alcohol mustn’t be linked with any of these things, whether it’s popularity, social or sexual success. You’re awesome enough as you are.

Again, this is a rule that seems simple enough yet has a broad impact. The nuance between whether a party is successful because of or in spite of alcohol is very fine. The same goes for confidence and popularity. Take a look at point 3 of this ASA ruling – this was a chap who was popular and confident without even a sip of alcohol. That’s not a catch-all solution though, as point 1 of this ruling shows.

Getting tough on the causes of… toughness

One of the most frequent issues we encounter is with the rule which forbids the linking of alcohol with daring and toughness. The key here seems to be an element of humour. If you compare this not upheld ruling on a cider ad with this upheld one on a spirits ad you’ll see some similarities of approach. The cider ad features a bungee jumper, something which the ASA acknowledge requires a degree of courage and could have potentially serious consequences. The spirits ad features experienced surfers trekking to some cold-weather surfing, also something which would could be considered daring. In both cases the activity is separate from any drinking. Nevertheless, the spirits ad was found to breach this rule whereas the more light-hearted cider ad was found to be fine.

Alcohol ads can’t be broadcast in or around programmes popular with the under 18s (the broadcasters have snazzy data that shows the breakdown of a programme’s audience). But that’s not all; alcohol ads mustn’t reflect youth culture or feature anything or anyone of strong appeal to under-18s. This means the visuals, the music, the characters, the VO – everything. Although we of course have our finger on the pulse of youth culture, if in doubt about the music, for example, we’ll ask for a breakdown of the artist’s following.

The balance between a celebrity of general appeal and of strong youth appeal can be tricky to gauge. David Beckham’s appearance in a scotch whisky ad triggered an investigation. In the past David Beckham had been involved with an Active Kids campaign and the complainant had concerns that this, and other factors, highlighted that he had strong appeal to the under-18s. Ultimately the complaint was not upheld, as the former footballer was found to have more general appeal.

Those are the biggies, but there are plenty more rules in the alcohol section of the Code so make sure you check them out. The good news is that, at the time of writing, the most recent ruling for a TV ad was at the tail end of last year and was not upheld. This shows that we, and the industry, are sensitive to the most pertinent issues and are applying the rules in the way they’re intended. Head over to our Twitter feed to keep abreast of the latest, and in the meantime… anyone feeling thirsty?